So let’s talk about the well-known British Airways Cabin Crew assessment day – what is it really like?

I’m Laura and I recently completed (and was successful at!) the British Airways Assessment Day.

I wanted to share my experience to help other applicants know what to expect – and also to put any rumours to bed as it’s really not that bad!

I was booked in for the 7.30am slot, so made sure I was at the bus stop around 5.50am (they say to allow 1hour for your bus journey from Central London, just in case).

The journey actually only took around 15 minutes and was surprisingly easy, so I was really early – I was the second person to arrive!

After waiting for the other candidates to arrive we were taken to get our passes for the day.

Gradually everybody was taken through the height and reach test (reaching into overhead locker, height measurement, diagonal reach test (door handle to tag on the floor) a jump seat harness check and brace position.

Then our tattoo and piercing forms were discussed – BA’s policy is that you must have no visible piercings, or tattoos that aren’t completely covered when you’re in uniform.

After everybody had finished with the checks we had a presentation about the company and the job given by BA staff.

Really listen to the presentation as one of my interview question answers was in here!

As people started to fill the first two rows I noticed a gentleman sitting on his own, I made the effort to move the flow towards him, so he was not alone.

I think things like this go a long way with British Airways – remember you never know who is watching at an assessment day!

After the presentation had finished, we were gradually called to the group and role play tasks.

Whilst you are waiting make sure to mingle with everybody!

My group task was first which I found fine. You get a brief talk about what you are going to do, then given a time and you are ready to go.

A tip is to say you will be time keeper, as this shows that you are aware of the time and have allocated yourself a role!

If you do this give warnings at 10 minutes left (halfway), 5 minutes and then 2 or 1 minutes left, and finally give an overview to the task and wrap it up.

Don’t be too loud but also try not to keep your thoughts to yourself, they like a team player (the ability to compromise and listen to other people’s opinions)

The role-play part was next, which I was most nervous about! I made sure I chatted to the assessor on the way which helped a lot.

Once we arrived at the room, he explained the process and I was left to read a few paragraphs on an iPad, which I had to read aloud (for a simulation of the PA announcement part of the job).  I was then left again to read some different information about the role play which I also had to use to put the task in context.

I was allowed to keep the iPad the whole time during the task but tried not to refer back to it (although I did have to once!)

The assessor also had to prompt me once, but this is ok – you’re not superhuman!

After all the role plays were finished a member of staff thanked us all for coming. They read out a list of names (I thought these were the people that had got it!) but then the two staff members came back as they were missing a couple of people.

One of those people was me!

We were told we had made it to the interview and the remaining candidates who hadn’t been successful on this occasion left. this was a little bittersweet as we didn’t get to say goodbye those we’d been talking to all morning.

There were a couple of staff members around to whom you could ask questions if you needed clarification on anything, and some people started to read over their notes

I didn’t as I think this would have stressed me out too much!

The time to shine

The interviews soon began, and I was taken in after 5 minutes. I instantly became even more nervous!

I was interviewed by one of the managers that led the presentation (I believe he was a CSM) and a woman.

They were both really helpful – they prompted my answers, and pushed for more if they needed it, but also if they had heard enough they would move on.

I related my current job to one of the questions and felt I did this quite well, which made me feel at ease!

Most of the interview questions were competency based, in a  ‘tell me about a time..’ format, and there were a a couple of straightforward ones at the beginning like ‘Why do you want to work for British Airways?’.

This lasted around 25 minutes but the time flew (pardon the pun!).

They say your interview is your ‘time to shine’ so really try and let your personality and passion come through in your answers.

After this you return your passes, collect your belongings and then leave.

I had a good overall experience of the assessment day, and being at the Waterside building was just incredible!

It’s normal to feel nervous but just try to prepare well, relax and make yourself noticed on the day – mingle, make an effort to speak to people and ask questions.

Look out for more upcoming articles from Laura (also a 2018 graduate of our popular ‘Get a Cabin Crew Job Course!) as she shares her experiences and advice – both in going through the BA training process, and in her journey going forward in her career as British Airways Cabin Crew! 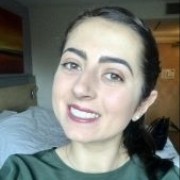 I was employed working with horses, and I decided to apply for a cabin crew position in early 2018. I love travelling and the flight is one of my favourite parts of going away! I kept applying and was determined to make this into my career, and almost a year on I have gone on to be successful for British Airways. The sky is the limit!