Competition for Cabin Crew positions is fierce and our recent feedback indicates questions are being asked in the interview about some of the technical knowledge used in the role, like basic aviation terms.

Don’t worry – they won’t expect you to know of all the terms, but it’s a good idea to try to memorise some of the basic ones.

You’ll cover this in your pre-employment training also, but what they’re really doing asking these types of questions is trying to find out how interested you are in the industry. So if you’ve swotted up on a few of the basics beforehand it really shows initiative!

We’ve gathered together a few of the most common things you might come across.

This is used worldwide in many industries. Every letter of the alphabet is assigned a word that it begins with, so that when you repeat data over the phone or radio there is no danger of confusion.

You’ll use this as cabin crew when you’re relaying information, for example the registration of an aircraft.

So for example, with an aircraft registered B745-EFT you would repeat over the radio ‘Bravo, seven, four, five, echo, foxtrot, tango’!

You won’t be expected to know it off by heart at the interview stage, don’t panic! But it’s good to be aware of it and know what it is.

Here’s a chart showing the phonetic alphabet in full:

– Civil Aviation Authority of the UK – each country will have their own agency, for example in America this is the FAA, Federal Aviation Authority. The CAA is responsible for regulating and checking everything to do with aviation safety in the UK.

– Cabin crew member! A member of cabin crew travelling as a passenger on a flight is known as a DEADHEAD.

– European Aviation Safety Agency, similar to the CAA but covering the whole of Europe. The international agency is called ICAO, or International Civil Aviation Organisation.

– Coordinated Universal Time, this is now used worldwide to regulate clocks and times. You may have heard of Greenwich Mean Time or GMT, which was the formerly used international standard.

These are just some of the basics, but of course you’ll learn a lot more in your more technical pre-employment training if you’re successful in the interview!

A great way to prepare and get both ‘hands on’ training and insider knowledge of cabin crew life is to enroll in one of our courses! These can really help give you the edge over your fellow candidates, and show real commitment to your chosen career. 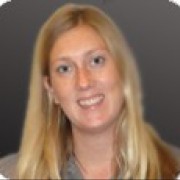 Hannah is a Chartered Occupational Psychologist specialising in recruitment, selection and assessment. This means she designs and assesses at selection days just like the ones airlines use.

What do Cabin Crew pack in their bags?

What do Cabin Crew pack in their bags? Bought by Joanna from United Kingdom (UK)
about 22 hours ago