How does the Cabin Crew roster work?

What’s the real deal on Cabin Crew lifestyle and the roster? We explain.

The Cabin Crew roster is there to tell you which days you’ll be working and where you’ll be flying to. But there’s a bit more to it than that – and it can vary hugely depending which airline you work for.

It’s important to understand that rostering all depends on the length of flights. So let’s get back to basics and figure out what long-haul and short-haul actually mean.

Short-haul flights are normally between 1 and 3 hours. Some domestic flights can even have a duration of under an hour.

Long-haul usually refers to flights between 6 and 12 hours in length, although non-stop flights do now operate for longer than 12 hours. Dubai to Los Angeles is an exhausting 16 hours in the air!

How often are Cabin Crew away from home?

There’s a general perception that Cabin Crew are travelling ALL the time. A lot of Cabin Crew do have multi-day trips if they fly long-haul. But for the majority of Cabin Crew, though, their roster will change monthly and could incorporate long and short-haul flights.

For many aspiring Cabin Crew, the opportunity to travel is a major perk of the job. So how do layovers work?

Most layovers are a minimum of 24 hours, which is good news. You’ll get the chance to eat and sleep, but also explore the local area and soak up some culture at your destination.

If you’re flying for more than 12 hours, you should usually get at least a two-day layover. This will allow your body to adapt and overcome any jetlag. Shifts can be long as Cabin Crew – but you will get some break time in the air during extra long-haul flights.

Some low-cost carriers only operate short-haul flights, which are often classed as ‘turnarounds’. For Cabin Crew working these schedules, they tend to always end up back at their base, and so spend most nights at home. Ryanair and easyJet roster their Cabin Crew like this.

While it might be nice to sleep in your own bed every night, working turnaround flights isn’t the easy option! Embarking, disembarking, cleaning and carrying out safety checks all add to the working day – and that’s before you factor in the actual flying hours!

How many trips do Cabin Crew fly each month?

Your pay as Cabin Crew is calculated based on your flying hours. This means that long-haul flights tend to be more popular, and preference for these is usually given to more experienced Crew. Shorter flights mean more frequent embarking/disembarking and re-setting of the aircraft. More work is required even when the number of duty hours stays the same!

Each country also regulates the number of hours Cabin Crew are legally allowed to fly. Most Cabin Crew average between 90 and 120 flying hours monthly. Flying long-haul means your hours are in blocks therefore you’d get more time off. With short-haul trips, you’ll have to work many flights over many days to rack up the equivalent hours.

As well as the standard roster, Cabin Crew can be placed on standby. This is when crew need to be prepared to take someone else’s place in case of an emergency such as illness, forgotten passport, failed drug tests or delays.

Standby can either mean waiting at home in case of a phone call summoning you, or being physically present at the airport – ready to rumble immediately!

It’s difficult to plan ahead as Cabin Crew. Your roster for the month will only be scheduled a couple of weeks in advance. This means you’ll often have to miss special occasions, and it can be tricky to make social plans with friends and family.

Cabin Crew must be flexible and willing to adapt. Spontaneity is key in this career!

It isn’t completely impossible to plan though. Cabin Crew are entitled to annual leave, and you can arrange this months in advance so rosters will be arranged around your well-deserved holiday!

Most airlines also operate bidding systems where Cabin Crew can request to work certain flights, which can be convenient if you have a reason for wanting to be in a specific location. You can also request days off, but unfortunately there are no guarantees.

Coping with the roster

Technology has made it much easier for Cabin Crew nowadays to keep in touch with loved ones. Even if you can’t make it to an event in person, video calls can help you to still get involved in special occasions.

There are even apps specially designed to make Cabin Crew’s social lives easier. Roster Buster is a great example as it allows you to record your flying hours and routes, and compare schedules with Cabin Crew friends to see when and where you’ll be!

For more insight into the Cabin Crew lifestyle, check out some of these articles by our guest bloggers. If you’d like to write for us, please get in touch. We love to hear about your adventures, and it’s inspiring to read first-hand accounts of what life is REALLY like for Cabin Crew. 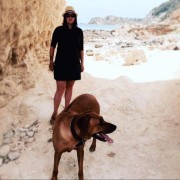 Is your work experience relevant enough for a Cabin Crew job?

Is your work experience relevant enough for a Cabin Crew job?

Bought by Danielle from United Kingdom (UK)
about 3 days ago

Bought by Emily from United Kingdom (UK)
about 4 days ago